Guests enjoyed the Russian-themed event, and the musical stylings of DJ Farib, as they mingled with the VIP host and her famous guests. Carol Alt made an entrance in an all-black ensemble, and slipping off her fur-trimmed silk vest, she revealed a glittering Art Deco inspired cocktail dress with sequins, beads and fringe detailing. The night was truly star-studded as celebrity guests also shimmered in beautifully adorned looks.

Luxury and couture connoisseur John Mahdessian co-hosted the event and was also featured in the issue. With The Real Housewives of New York star Dorinda Medley on his arm, they took part in the fabulous evening with friends and enjoyed Russian Samovar’s time-honored ambiance. Mahdessian is the president of renowned cleaning and restoration organization Madame Paulette. The company, whose flagship boutique is based on the Upper East Side, is famous for maintaining the world’s most illustrious wardrobes and iconic pieces, including those of Princess Diana, Anna Wintour, Meryl Streep and Beyoncé.

While the cover party was taking place in the private lounge of Russian Samovar Restaurant, the main dining room featured a special guest performance by Antonia Bennett, daughter of iconic musician Tony Bennett, in. The restaurant is popular for its history, hosting Frank Sinatra and The Rat Pack under the name Jilly’s Canteen. Establishing its own legacy, Russian Samovar was originally founded in 1986 by Roman Kaplan with his business partners, legendary dancer Mikhael Baryshnikov and Nobel Prize winner Joseph Brodsky, and often featured unexpected performances from Cyndi Lauper and Liza Minelli. The Theatre District hot spot has remained relevant thanks to current owner Vlada Von Shats and her two sons Michael and Nicholas, preserving the name and culture of the dining destination. Today, you can still find the original red banquettes Sinatra and The Rat Pack frequently dined.

In the celebrated cover story, Carol Alt shares with readers her evolution in the modeling industry, it’s challenges today, and how she balances her personal life. The intimate discussion delves into her supermodel legacy and being one of the most beautiful women in the world.

Located in the Theater District, Russian Samovar boasts a 19th-century feel, complete with picturesque green and red shades and Russian folk prints. Ballet Legend Mikhail Baryshnikov and Nobel Prize winner for poetry Joseph Brodsky are former partners, and Cyndi Lauper and Liza Minnelli are known to stop by and offer the odd performance. The legendary location, formerly known as Jilly’s Saloon, also used to be frequented by Frank Sinatra and The Rat Pack. The elegant establishment is famous for its 26 flavored vodkas prepared in-house, alongside its many Russian delicacies. Owned by Roman Kaplan and managed by his daughter Vlada Von Shats and her two sons Michael and Nicholas, Russian Samovar offers some of the finest Russian cuisine in New York. The restaurant, which seats 100 in the dining room and 50 at the bar, is the perfect location for private events. Its intimate upstairs lounge comfortably seats 34 for sit-down dinner, and 100 for standing buffet. Russian Samovar is a major supporter of the art community, with poetry readings held throughout the year and a classically trained pianist performs nightly. It features live interactive theatre every Thursday with award-winning actors, performance from Opera Singer Michael Peer on Mondays, Gypsy Fun Trio on Fridays and Saturdays on violin and guitar playing traditional Russian music, and Jazz Blues Brunch on Sundays with the Uptown Jazz Company.

Art Bodega is one of the premier magazines in the luxury market.  For the past 5 years it has been a boutique glossy publication that focuses in South Florida and New York markets, but still includes the global luxury stories that always delight the upper class and aspirational groups in the United States.  Founded by journalist Rebeca Herrero, the project evolved into a great platform for artists and photographers to express their creativity and uniqueness in the most glamorous medium possible. Luxury publications focused only on the best and most relevant of our times. 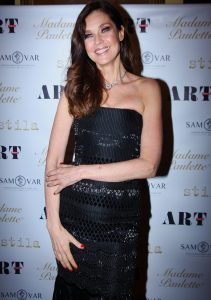 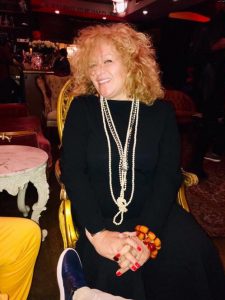 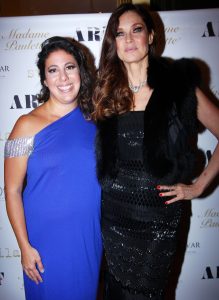