New York Lifestyles Magazine hosted the cover party celebrating author, philanthropist and cover star Jean Shafiroff at her private residence in New York City. Participators of the charity scene, supporters and friends shared in the celebration of Jean Shafiroff who in the New York Lifestyles cover story discussed the importance of philanthropy and bringing awareness to women’s causes.

Jean Shafiroff, accompanied by her husband Martin Shafiroff, embodied elegance as she welcomed New York City’s high society to her luxurious private residence. The cover star donned one of her beloved ball gowns, a black and white Victor dE Souza dress with floral pattern stitching that she paired with white leather gloves and statement earrings to complete the sophisticated look.

For author Jean Shafiroff, the charitable act of giving, as conveyed in her book Successful Philanthropy: How to Make a Life by What You Give, is an institution within our society where everyone has a seat at the table. Jean Shafiroff tells New York Lifestyles Magazine that regardless of status or net worth, “Philanthropy is not an exclusive club.” She insists that those with the time to volunteer or the ability to financially contribute to underserved populations should lead a life of charitable giving.

Jean Shafiroff has tasked herself with the responsibility to raise the profile of charitable causes by being actively involved as a volunteer fundraiser, public speaker, donor and leader. In the New York Lifestyles magazine cover story, Shafiroff recalls how she became involved with New York Women’s Foundation, through her network of friends, which has led to an abundance of successful benefit luncheons attended by New York City’s power players.

Jean Shafiroff has served on the board of the New York Women’s Foundation (NYWF) since 2012 and has been a key supporter of the foundation’s efforts to bring awareness to women’s social issues, hosting annual luncheons, co-chairing the NYWF gala and making significant financial contributions over the years. NYWF Board Alumnus Jean Shafiroff has grown increasingly passionate about elevating women out of poverty and creating economic stability for all woman.

Widely recognized for her philanthropic work, Jean has been featured in numerous publications, including The Wall Street Journal, Gotham Magazine, The New York Times, Hello, Hola, New York Social Diary, Avenue, Hamptons Magazine, and The Huffington Post, among others. 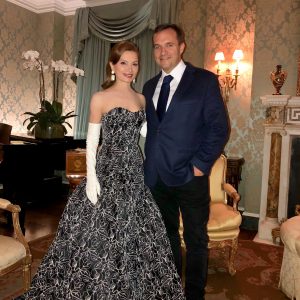