In collaboration with The Couture Council of The Museum at FIT (MFIT), board member and philanthropist Jean Shafiroff and Angela Dotson co–chaired a luncheon honoring Narciso Rodriguez with the 2018 Artistry of Fashion Award at the David H. Koch Theater at Lincoln Center in New York City. The award ceremony and luncheon raised in excess of $850,000 to benefit The Museum at FIT. The fashion industry’s top editorial voices, visionaries, plus distinguished and aspiring designers were all in attendance at the award ceremony that has, traditionally, welcomed the arrival of the Mercedez-Benz New York Fashion Week every year.

As a volunteer fundraiser, leader, and spokesperson for several charitable causes, philanthropist Jean Shafiroff shares the sentiment that Narciso Rodriguez is truly deserving of the 2018 Artistry of Fashion award. There is a correlation between Shafiroffs committment to female empowerment and Rodriguez’s empowering fashion designs.  He designs clothing for women to make them feel strong and beautiful whether it be a power lunch, a boardroom meeting or to stand equally alongside a man in a suit. As a powerful women, philanthropist, volunteer fundraiser and chairwoman for notable causes, Jean found his designs and the message they uphold noble. Jean, herself, is a connoisseur of timeless style and elegant gala fashion supporting up-and-coming as well as established fashion designers.

Board member and philanthropist Jean Shafiroff of The Couture Council at MFIT is committed to  conserving the extraordinary collections at The Museum at FIT, the only museum dedicated to the art of fashion. The Couture Council‘s contributions have made it possible for the museum to mount world-class exhibitions that educate and inspire, to build and conserve the extraordinary collections, and to organize free public programs that serve the Fashion Institute of Technology‘s 10,000 students, as well as the general public. 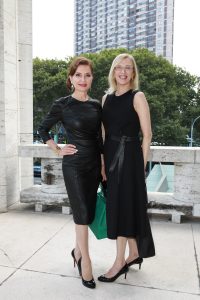 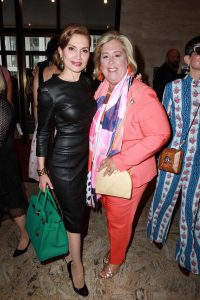