F Comedy Club produces evening shows perfect for a post-dinner laugh. It is the latest venture for Felicia’s Laughing Affairs, which produces daytime and evening comedy events for social gatherings such as birthdays, showers, and corporate functions and fundraisers, including the popular afternoon comedy lunch show Laughercise.

The evening’s entertainers included Clayton Fletcher, Chrissie Mayr, Eric Neumann, Erik Angel, Jay Jurden, Adam Muller, Sandip Sen, Olga Namer, Amy Veltman, Yoni Downs and Dorothy Palin, who each offered humorous reflections on topics as varied as applying for American citizenship, dating in New York City, and trying to relate to a teenager’s taste in music. Between them, they have performed at venues including the New York Comedy Club, the Stonewall Inn, Caroline’s, and the Gotham Comedy Club.

To learn more about Felicia and Laughing Affairs, visit http://feliciamadison.com/ 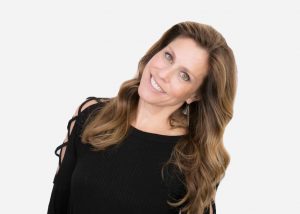